I often get emails from listeners traveling to New York who want restaurant recommendations. I usually throw something together for them, which is an inefficient method for sure. So now I'm putting it all together in this handy dandy blog post! But with one caveat...

I'm not a restaurant critic or expert. I honestly don't get out much. There are a million great neighborhoods and restaurants that are left off this list just because I haven't been there. When I'm looking for guidance I trust Serious Eats NY and Eater NY.

Ok now, with that out of the way, here are my favorite New York eats, starting with the ones I get the most requests for...

NOTE: All the top NY pizzerias in whatever rankings you look at are excellent. I think the differences between them come down to personal preference so don't stress about which one you go to. I like Patsy's because there are several locations, which means it's rarely crowded. It's the most convenient of the top places. I like Juliana's because it's run by NY pizza legend Patsy Grimaldi and you might get to see him there. (He started Grimaldi's but is no longer affiliated. Read about that history here.) If you want to wait a really long time for pizza you should wait at DiFara and not Grimaldi's. But when you finally order at DiFara make sure you get a whole thin crust pie and a whole square pie because by the time you get the pizza you'll be hungry enough.

Square Sicilian style slice at Prince St. Pizza -- must get pepperoni, and you're strongly encouraged to request it "extra crispy". L&B Spumoni Gardens is a close second for square slices but it's probably more of a hike for out-of-towners. Mama's Too is highly regarded by a lot of folks I trust but I haven't been myself yet.

NY bagels -- I don't really have a spot in NY but you'll do well with any place that looks old and that's clearly a bagel place first and foremost (as opposed to a market or generic bakery or anything else). Ask which bagels are still warm. People like Ess-a-Bagel and Kossar's, I will also mention La Bagel Delight as a good one, but there are many good ones. Murray's is overrated.

Here are the rest roughly from north to south but not in any other particular order. Sweets are at the bottom...

Shawarma at Alibaba (Upper West Side)

Shack burger at Shake Shack -- Don't waste stomach space on the fries, just get two shack burgers (all over NYC)

Carne asada and adobado tacos on freshly made corn tortillas at Los Tacos No. 1 (Chelsea and Midtown)

Falafel at Taim (the Village and Soho)

Veggie burger at The Dutch -- served lunch only (Soho)

Mac and cheese at Jack The Horse Tavern (Brooklyn Heights)

Fresh mozzarella at Caputo's Fine Foods -- Get it dipped in salt water, ask for a plastic knife and take it to the bus stop bench out front and sit there and eat it (Carroll Gardens Bklyn)

NYC street hot dogs (aka "dirty water dogs") -- They're everywhere and they're amazing, but maybe that's just cause I had them growing up?

NOTE: Most people say the best South Asian food is in Jackson Heights and the best Chinese food is in Flushing (both in Queens) but I just haven't had the chance to spend as much time in those areas as I'd like.

Donuts at Peter Pan -- they're all good but my fave is the cream crumb, topped with their homemade frosting and crumbled day-old donuts (Greenpoint Bklyn) 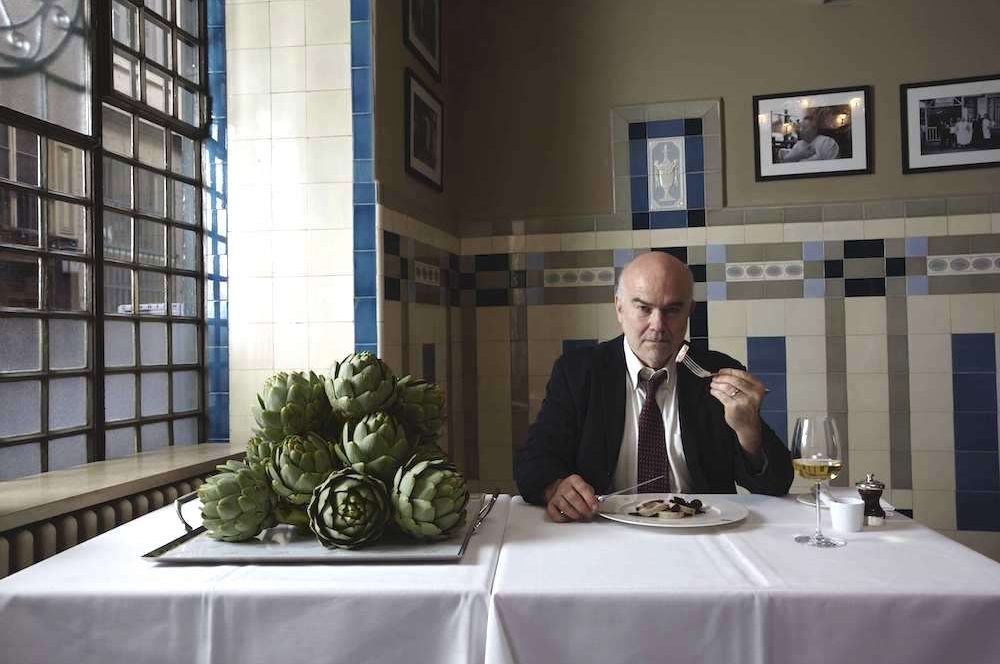