You may think you know LeVar Burton.

He's famous for his role in the critically acclaimed 1977 mini-series Roots. Later he starred alongside Sir Patrick Stewart on Star Trek: The Next Generation. And who can forget Reading Rainbow, the beloved PBS kids show he hosted for more than 20 years?

But did you know that, as a teenager, LeVar used to buy stolen steaks and lobsters -- and bring them home to his mom for dinner?

"That was my introduction to the finer things in life that you didn't get in the store," LeVar tells Dan, in this week's episode.

"My mom’s from Kansas City," he adds. "She wanted to raise her kids right, but she was certainly no stranger to vice."

Later in the episode, Dan and LeVar nerd out on a dish they both revere, PB & J.

LeVar is very particular about his. The peanut butter has to be creamy (never chunky!), and he prefers strawberry preserves with the seeds.

"I'm a heavy-on-the-jelly guy," he adds. "I appreciate a man who really thinks through his PB & J strategies." 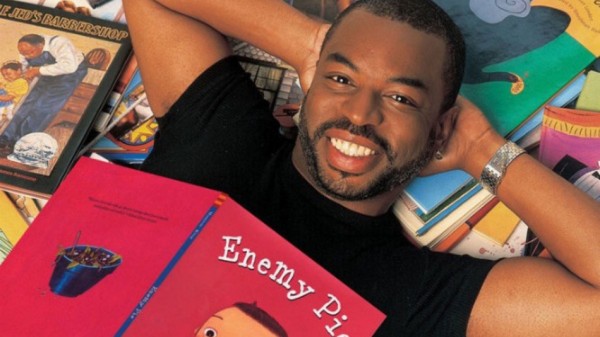 Listen in to the full episode to hear LeVar perform dramatic readings of cookbook recipes.

He also shares his favorite children's books about food, and talks about the emotional power of food memories.

You'll know LeVar Burton a lot better by the end of this episode. The comedian and actor tells us how his sense of masculinity and his body image issues affect what he eats. Plus he and Dan bond over life as suburban dads.