Summer BBQ's are usually informal affairs, but there are still rules.

In this episode of The Sporkful taped live at the 2016 Taste of Chicago we debate YOUR questions about summer BBQ etiquette with a stellar panel of food lovers and etiquette experts: Brendan Francis Newnam (below right) and Rico Gagliano (below left) from The Dinner Party Download: 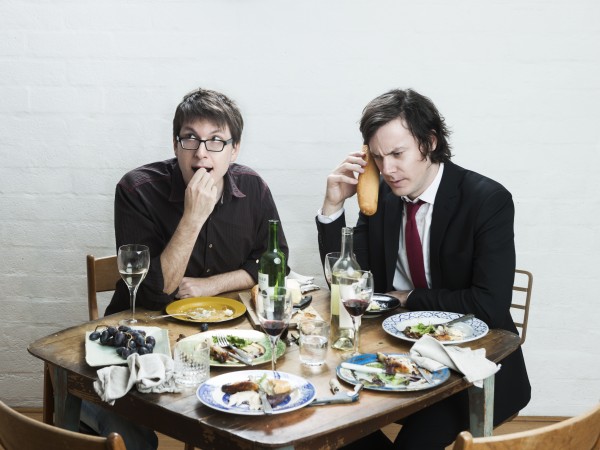 ... and Greta Johnsen and Tricia Bobeda from WBEZ's Nerdette podcast (rendered below as Lego characters): 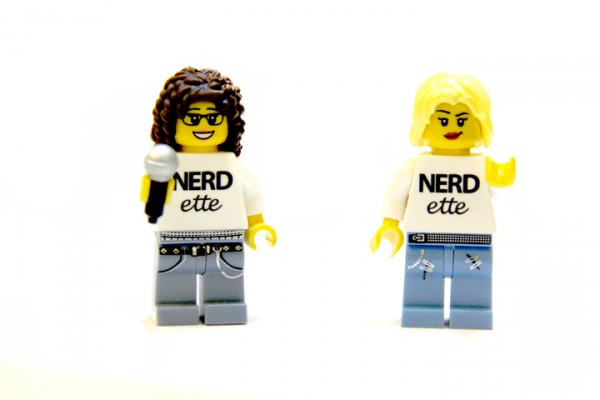 First up Joe in Seattle writes in with a question about Bring-Your-Own-Meat BBQ's:

"What kind of person would invite me over for a meal and ask me to bring the entrée?" Joe asks.

Brendan agrees that it's always the host's job to bring the meat:

"I feel like this is like asking someone to bring a body to a funeral," he says. "The whole point is to grill meat, so what are you providing if you’re providing the meat?"

"If you’re providing tons of booze...then the majority of meat you might be able to get away with from others -- especially if you’ve got a house with a swimming pool." BYO Meat is clearly a divisive issue (especially for the gentlemen of Dinner Party Download!), but our next question nearly ended in fisticuffs onstage.

Michael in Alameda, CA, asks if it's ever OK to flip someone else's meat on the grill.

"I think wars have been started over this. You can’t flip someone else’s meat!"

And Greta agrees, labeling anyone who dares to trespass at the grill a "meat creep:"

"Touching on other people’s meat...just seems inappropriate to me."

But Tricia has a more nuanced take:

"If the person running the grill has had to one too many beers and they’ve stopped paying attention, I’ve definitely sneakily [flipped the meat]," she admits.

Listen in to the full episode to hear Dan's take on these issues and more, plus the outcome of our live audience vote on uninvited meat flipping.

We'll also debate which foods you can eat with your fingers, if it's OK to hover around the grill to get first dibs on the food, and more.