Half a block from the factory where Henry Ford built his famous moving assembly line a century ago is a little hot dog shop called Red Hots. The auto plant started operating in Highland Park, Michigan, in 1913. Red Hots opened its doors in 1921, catering to tens of thousands of hungry Ford workers. (Check out Red Hots, below right foreground. The old factory is the big red brick building in the background at left.) 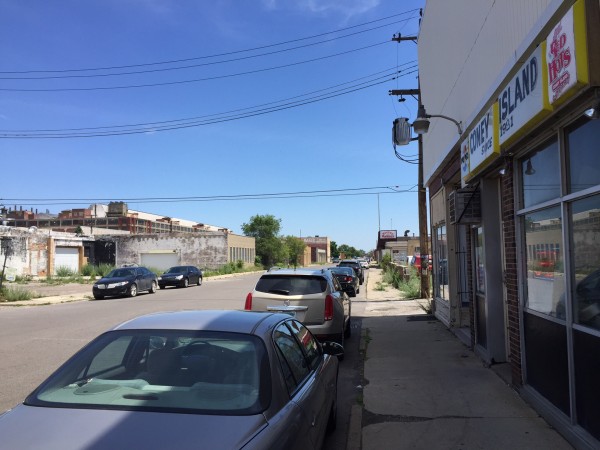 Back in the day, the grill at Red Hots was always full of sizzling dogs, and co-owner Rich Harlan (below) sometimes had to make two pots of chili a day to keep up with demand. "At eleven-o'clock a whistle would blow, and you knew within a few minutes those Ford employees would come rushing you," Rich says. "You would put two coney [dogs] in a bag and ... guys would run in, throw the money on the counter, grab a bag, and run." 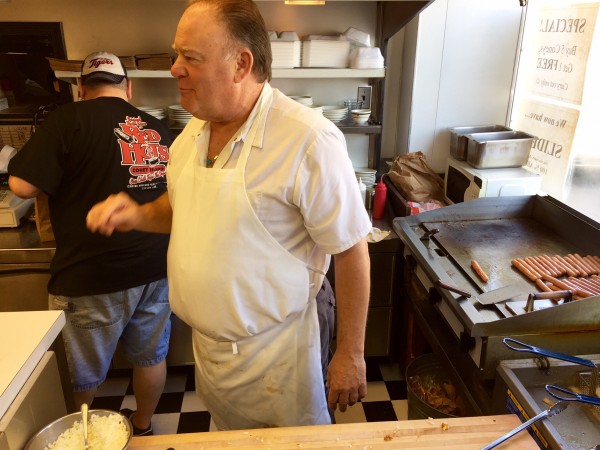 The specialty of the house? Coney Island hot dogs -- Michigan's iconic hot dog, topped with chili, mustard, and diced raw onion (below). "I’m not here for a pretty hot dog. I’m here for the taste," Rich says. "I do it the old-fashioned way, where the mustard goes on first." (That's a Red Hots Coney at the top of this post.) But when the factory started cutting back and the economy stalled, things slowed down at Red Hots. "It was terrible…a lot of restaurant people that I knew had to close their doors," Rich recalls. "I cut myself down to one paycheck a month." 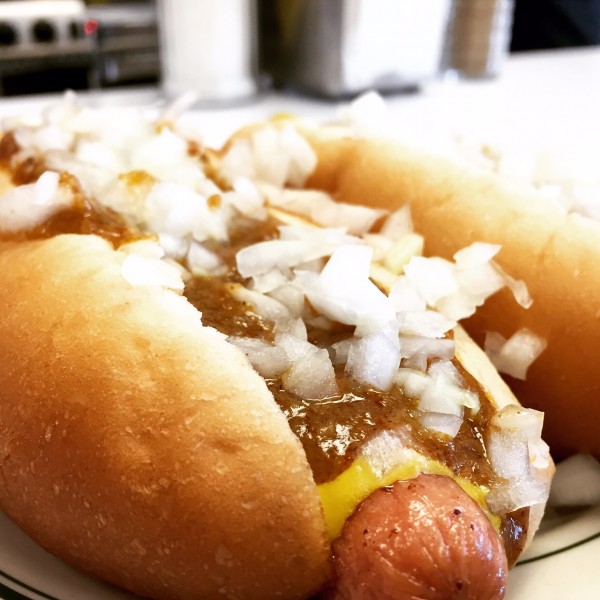 Listen in to the full episode to hear what kept Red Hots going during tough times and why Rich isn't sure he wants his own kids to carry on the family hot dog business. Later in the show, we visit a place that looms large in Dan's own family hot dog history: Rutt's Hut in Clifton, New Jersey: 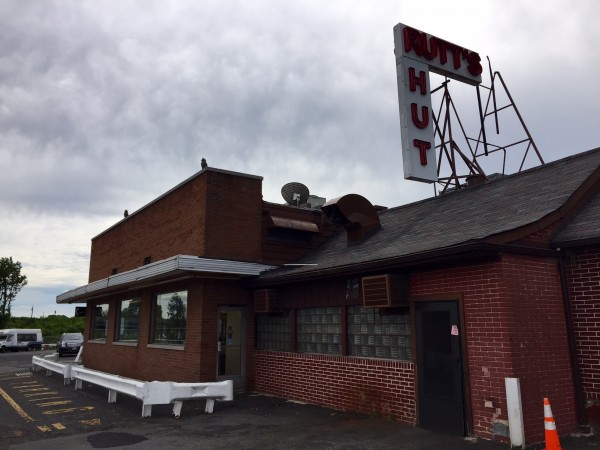 Rutt's is famous for their deep-fried hot dogs -- known as "rippers." It's also a place Dan's grandfather (below center, in Rutt's parking lot in the 1930's) loved to visit back in the day. Dan's father brought him there, and now Dan is carrying on that sacred tradition. "Generation after generation, you take your kids to Rutt's Hut," Dan says in the episode. "When ... [a restaurant] has this history in your family, it's always gonna have a special place." 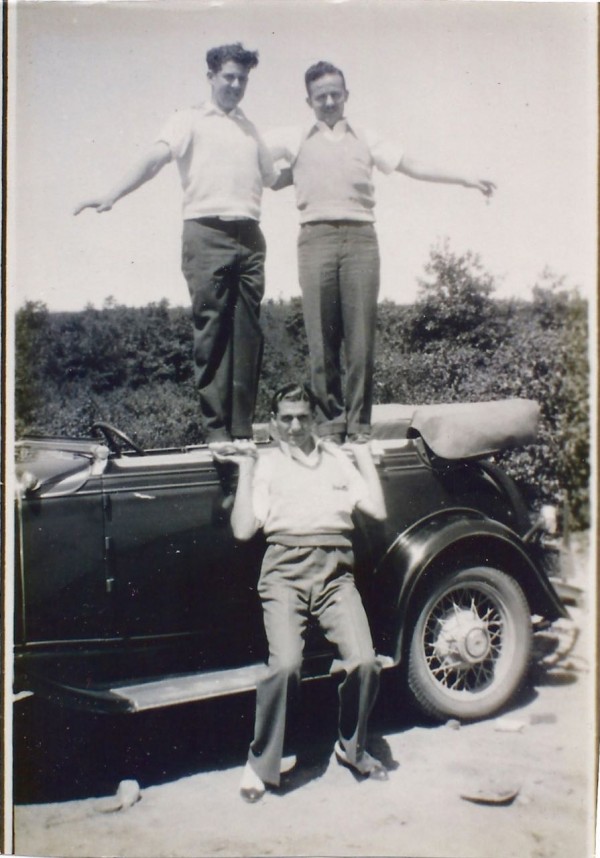 These days, it's harder for Dan to get there (it's a MUCH longer drive from Long Island), but for this episode he took his parents and his cousin Andy back to Rutt's to see how things have changed. "You bite into that ripper and it takes you back 50 years," says Bill Chrisafinis, whose family owns Rutt’s. "It’s a very homey feeling for people when they come here." Listen in to the full episode to hear Dan and his family's take on the deep-fried dogs at Rutt's (below). Are they really still the same after all these years? 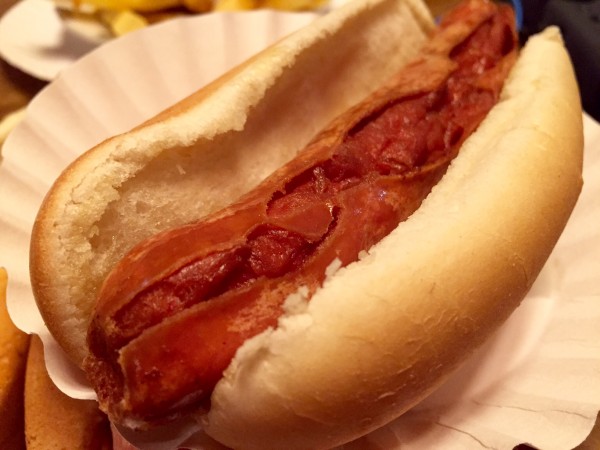 - "Trip with You Instrumental" by Kenneth J. Brahmstedt 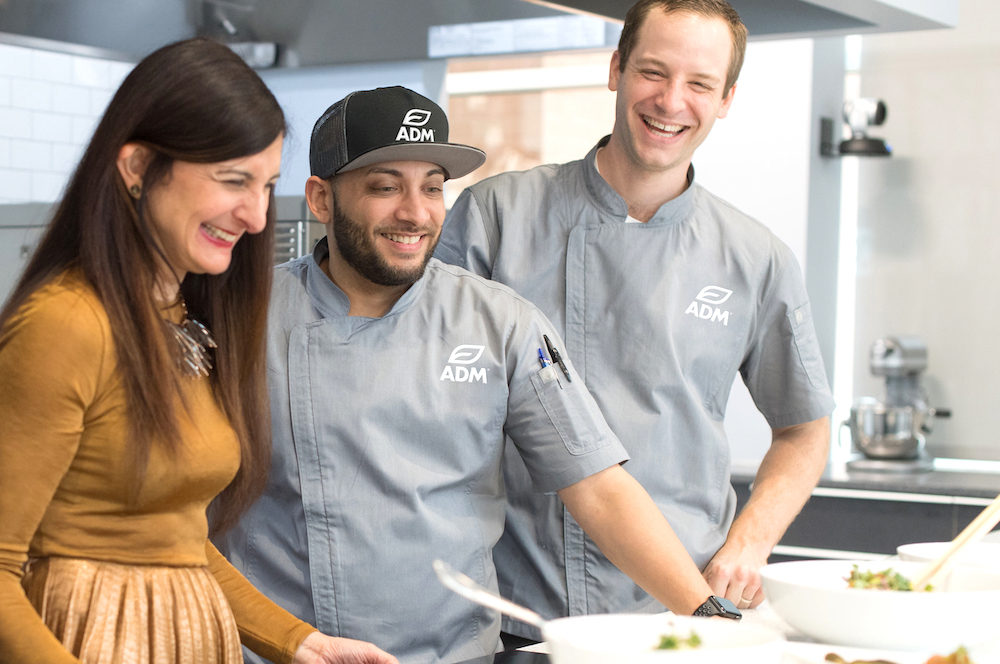