It’s not just the ambiance. It’s the unique experience of salt air in your nose and salt water in your mouth, that affects the eating experience.

So how do you make the most of this special eating environment?

"You pick up the crackers with your salt watery hands and you’re seasoning the crackers in a way that they cannot be seasoned elsewhere," Dan points out.

Think of it as a life pairing.

Plus, many meals at the beach are communal, so later in this episode, we also explore potluck etiquette -- especially: How much luck should there be in a potluck? Dan and his friend Mark Garrison debate whether it's still a potluck if the host tells guests what to bring.

"I don’t think you can dictate what courses people should be bringing [to a potluck meal]. Yes, that means that you could end up with 10 apple pies and nothing else but there’s worse luck than 10 apple pies," Dan argues in this episode.

"Part of the fun of a potluck is the risk...that the meal could end up being kind of a train wreck, but in a fun and entertaining way," he concludes.

All these end-of-summer eating questions were covered in two classic Sporkful episodes, which we're "defrosting" just for you. (They haven't been publicly available in years!!)

Listen in to find out which sandwiches are best for eating at the beach and when (if ever) it's OK to bring store-bought food to a potluck. 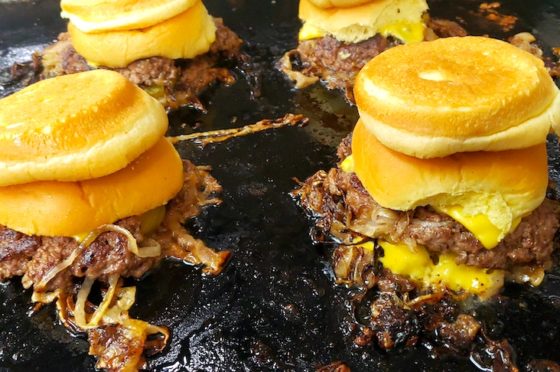