Why do our brains go crazy for gooey, melted Cheez Whiz on a cheesesteak (top photo)?

What is it about scrapple’s crispy fried goodness that's so irresistible to us?

This week on The Sporkful, we take a road trip south to feast on some classic Philadelphia fare. But this episode isn't just about gluttony. (Though there is a fair amount of that, too -- of course.) 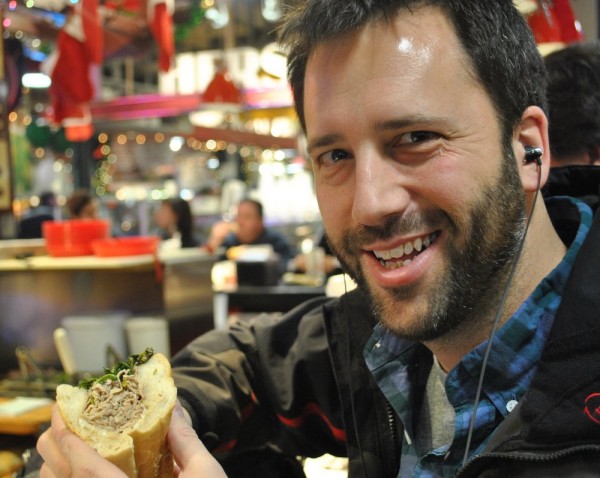 Dr. Marcia Pelchat, a researcher who studies food preferences and cravings at the Monell Chemical Senses Center in West Philadelphia, shares in our meaty bounty and helps us understand what's happening in our brains when we eat these foods.

For instance, there's a very serious, scientific name for scrapple's (below) irresistible crunchy (outside), creamy (inside) texture: dynamic contrast. 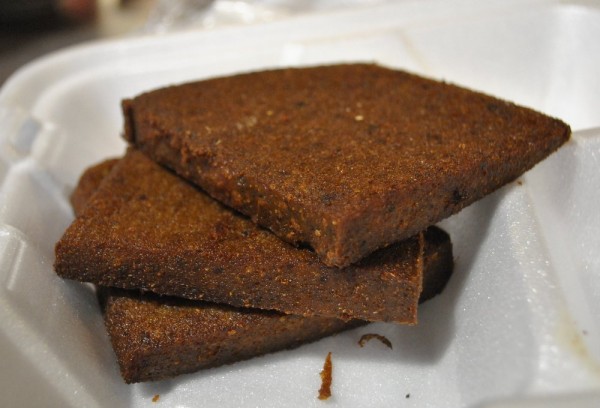 Listen in to the full episode to learn why Cheez Whiz tastes so good on a cheesesteak (below). Hint: it has more to do with our brains than our stomachs.

(It's hard work, but we're making the big sacrifices for science here at The Sporkful.) 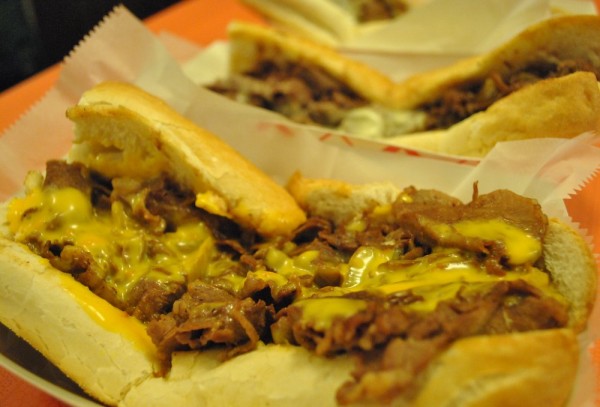 We'll also learn more about these iconic local foods from the Philly natives we met while eating our way around the city.

"There's nothing more Philly than scrapple," says one regular at the Down Home Diner -- where we went to get our scrapple fix (above). "It's hard to describe. You gotta taste it -- it's better than bacon."

Plus, we'll go to Sonny's in Old City to debate which cheese is best on a cheesesteak with locals: Cheez Whiz vs. American cheese vs. provolone.

And we revel in another sandwich that's not as well known as its cheese-laden brethren -- though it's beloved among Philadelphians (and we think it's AMAZING): DiNic's roast pork sandwich.

It’s thin sliced roast pork, provolone cheese, and crunchy broccoli rabe. The trick, as we learn in the episode, is pouring the juices from the pork on top of the sandwich and letting it all soak into the bread. 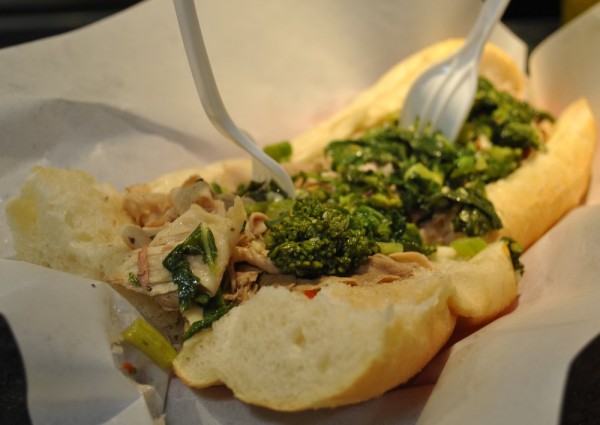 "I wasn't going home without this pork sandwich!" one DiNic's customer tells Dan. "It's the best I ever had...I love it."

Agreed! If science were always this delicious, we'd have a Nobel by now. We feast on Philly's most iconic foods, then bring samples to a scientist to find out what makes greasy treats like cheesesteak and scrapple so irresistible.

I run around Philly eating the city's most iconic foods, then bring samples to a scientist at the Monell Chemical Senses Center to learn why greasy treats like scrapple and cheesesteak are so good.