How To Read A Taco Pack up your Bob Marley poster and your mini fridge...because this week on The Sporkful, we’re going to college, to sit in on a class called TACO LITERACY.

"It's the class where you can study tacos in college," says Professor Steven Alvarez.

Steve teaches his Taco Literacy course as a senior English seminar at St. John's University in Queens, NYC. And he let us crash his last class of the semester -- a taco crawl in Queens with his students (top photo).

The class reflects some of Steve's personal experiences with food and language, growing up Mexican-American in a small town in southern Arizona. But it's also informed by his academic research in literature and bilingual literacy.

Steve says you can “read” a taco -- just like you would read any text and analyze it.

For instance, you can look at the meat, the spices, and the tortilla. Each ingredient has a story that unlocks something about Mexican and American history and culture.

Take flour tortillas (like the ones used in the taco de machaca, below, at Taqueria Sinaloense): 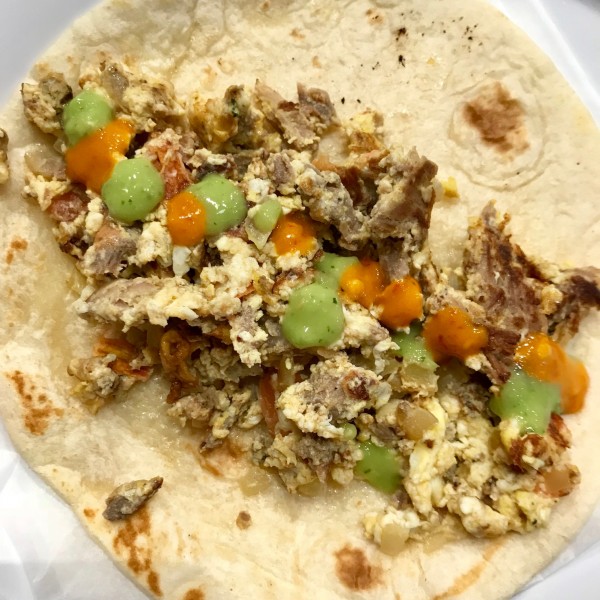 Steve says these tortillas can teach us a lot about the Spanish colonization of Mexico.

"[Corn] was the food of the conquered being understood as part of the reason why they were conquered," Steve says. "It was also a conquest culinarily [with European wheat replacing corn]. ... Really it was a way to move away from indigenous food ways and start to prize the European way of thinking about what is human."

Listen in to the full episode to learn how NAFTA and American corn exports have influenced the evolution of Mexican food in the US.

Plus, why Dan was still thinking about this taco de chilorio (also from Taqueria Sinaloense in Queens) long after we taped this episode? 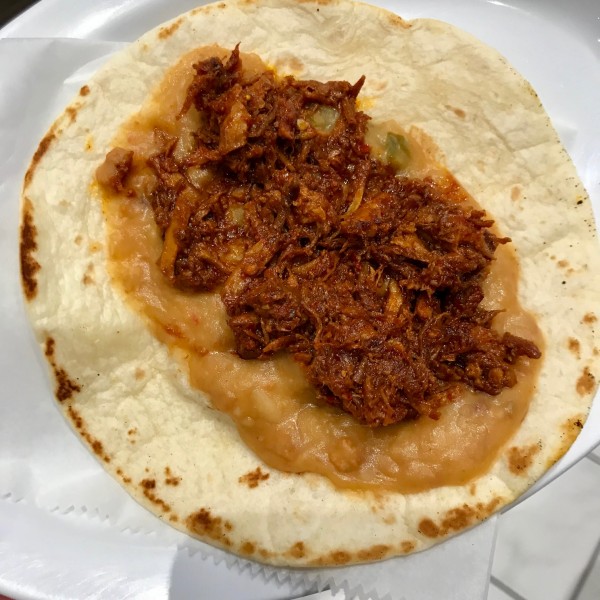 The Iranian-American Muslim comedian says everything is negotiable -- even religious law. Plus, the former policy advisor uses her lamb kebab to school us on campaign finance reform. We follow a firefighter who moonlights as an upscale chef as he attempts to get lunch on the table at the firehouse on time. But can he get his crew mates to eat kale?