"I feel like I turn into some sort of weird Hollywood mogul type...I'm creating deals, somehow I just sold a piece of real estate," Negin says.

And when it comes to negotiating, nothing is off limits for Negin -- even religious law.

"I like to think of Muslim god as being super reasonable," Negin, who is Muslim, says. "I feel like if Allah knew that [pork is] all cleaned up, he'd be like, 'Yeah that's fine.' ... Get the pork chop but don't kill anybody." 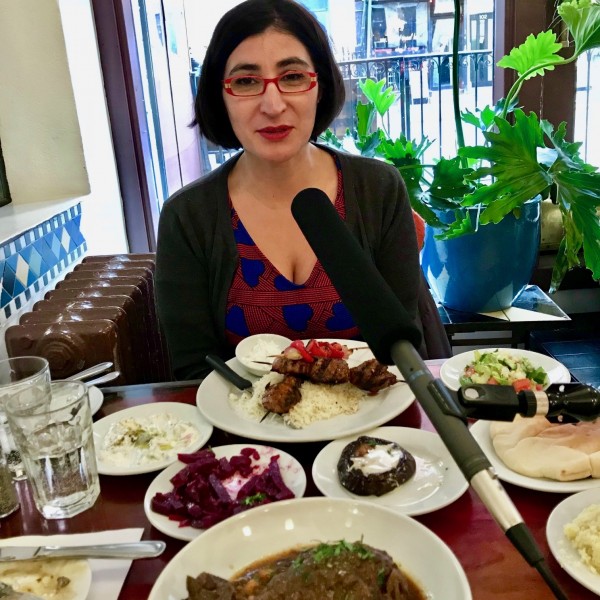 Before comedy and filmmaking became her main career, Negin worked as a policy advisor for the City of New York. Now she bills herself as a social justice comedian and hosts the podcast Fake The Nation.

This week on The Sporkful, Negin uses her lamb kebab to school Dan on campaign finance reform. Then she and Dan tell each others' fortunes by reading each other's Turkish coffee grounds.

"I see a man holding two microphones," she jokes. "But I really do feel like I see...a big bird. I don't know what that means, but it seems good."

Plus, Negin tells us about some of her favorite foods from her childhood in a southern California resort town: tacos, Persian fesenjoon, and bacon.