When Hari Kondabolu was a kid, he had a recurring dream about being locked in a bakery overnight:

"Donuts, cupcakes, full cakes, pies, napoleons...you'd have stuff from a Mexican bakery and an Italian bakery -- like all these different cultures' bakeries in one magical bakery," Hari recalls. "That's one [dream] I wish I still had. That ended with childhood, but why should it?"

Hari is known for exploring identity and politics in his comedy. And his recent documentary, The Problem with Apu, reveals the fraught stereotypes about Indian-Americans underlying The Simpsons character, Apu. 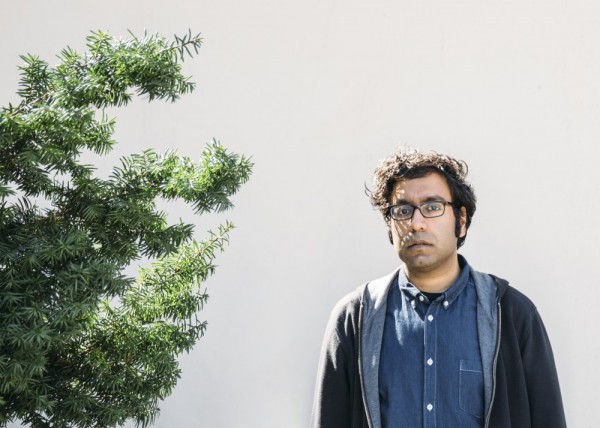 When Hari joined Dan live on stage in Brooklyn recently, the conversation started out with that magical multicultural bakery of Hari's erstwhile dreams, but quickly shifted to identity and politics.

"[My friends in college used to ask me] 'Why are you not eating this amazing [South Indian] food that your mother is making?" Hari says. "And to me, I was like -- it's [just] Indian food. Don't you guys want macaroni? You don't even know that you have something special in front of you because it's beaten into you don't be different."

These days Hari says he still isn't a big fan of Indian food -- except the South Indian breakfast his mom makes. So it really bugs him when people who aren't Indian ask him about Indian food.

"The number of assumptions that go into that [question]," Hari says. "I'll get into any conversation with anyone, but there's so many things that we have in common that we should get through first without the assumptions."

Plus, Hari and Dan play a game called "Is This Food Racist: Apu Edition."

Listen in to the full episode for that -- and a surprise guest!

Inside The Turmoil At Bon Appétit